"Not Quite: Navigating Citizenship and Belonging" presented by Dr. Ada Cheng 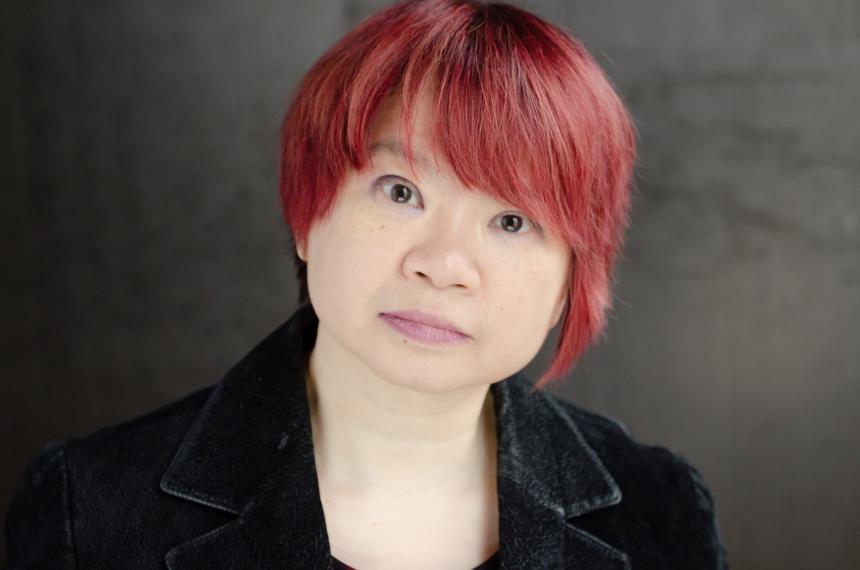 "Not Quite: Navigating Citizenship and Belonging" is written and performed by professor-turned storyteller, solo performer, and storytelling show producer Dr. Ada Cheng. This storytelling-based solo performance is designed with political urgency and aims for political impact. This show is a direct response to the current political climate and the Trump Presidency.

In this performance, Dr. Cheng uses the term "not quite" to explore and connect several major themes: the meanings of home(land), the institutionalization of the alien status, the fractured nature of Asian American identity, and the intersection of gender, race, sexuality, and immigration. She intends this show to be an artistic intervention and an intellectual challenge to current politics and debates. The performance itself is 45 minutes, followed by 30-minute audience talkback and discussion.

Dr. Cheng has brought this performance to different cities and universities across the nation. This solo performance has received great reviews from Washington Post and DC Metro Arts.

“But Cheng is captivating throughout, fierce, angry and energizing. You can’t take your eyes off her. Her story demands to be heard.” ---- Washington Post

“So, again: see this show. Theater works best when there’s this alchemical exchange: your attention for the artist’s message. Your attention to this woman and this story – at this time, particularly – will be more than repaid.” ---- DC Metro Arts

Dr. Ada Cheng is a professor-turned-storyteller, solo performer, and storytelling show producer. She was a tenured professor in sociology at DePaul University for 15 years from 2001 to 2016 when she resigned to pursue storytelling and performance. During her tenure at DePaul, she taught subjects on gender, sex, sexuality, masculinity and immigration.

She debuted her first solo show, Not Quite: Asian American by Law, Asian Woman by Desire, in 2017 and has since performed it at National Storytelling Conference (Kansas City, MO), Capital Fringe Festival (Washington D.C.), Minnesota Fringe Festival (Minneapolis, MN), Boulder Fringe Festival (Boulder, CO), and Kum & Go Theater (Des Moines, IA). She debuted her second solo show, Breaking Rules, Broken Hearts: Loving across Borders in January 2018 and has since performed it at The Exit Theatre in San Francisco, Theatre Row with the United Solo Theatre Festival in New York, and Theatre 68 with Los Angeles Women's Theatre Festival in LA. She has been featured at storytelling shows and has brought her solo performances to universities all over the country.

Ada is the producer and the host of four storytelling shows, including Pour One Out: A Monthly Storytelling Series, Am I Man Enough?, Talk Stories: An Asian American/Asian Diaspora Storytelling Show, and Speaking Truths Series. She creates platforms for people to tell difficult and vulnerable stories as well as spaces for people and communities who may not have opportunities otherwise. Because of her work in storytelling, she was recently featured in New City's "Lit 50: Who Really Books in Chicago."

Ada is a speaker for 2019-2020 Illinois Humanities Road Scholars Speakers Bureau. She is also an adjunct faculty at Dominican University and a teaching artist with Changing Worlds. She is the Education and Outreach Specialist with Women’s Leadership and Resource Center at the University of Illinois at Chicago, doing training on issues related to gender-based violence. Her interests span multiple fields, including academia, storytelling/performance art, and advocacy.

Her motto: Make your life the best story you tell.

The Institute of Women's Studies appreciates your financial support. Your gift is important to us and helps support critical opportunities for students and faculty alike, including lectures, travel support, and any number of educational events that augment the classroom experience. Click here to learn more.

Every dollar contributed to the department has a direct impact on our students and faculty.